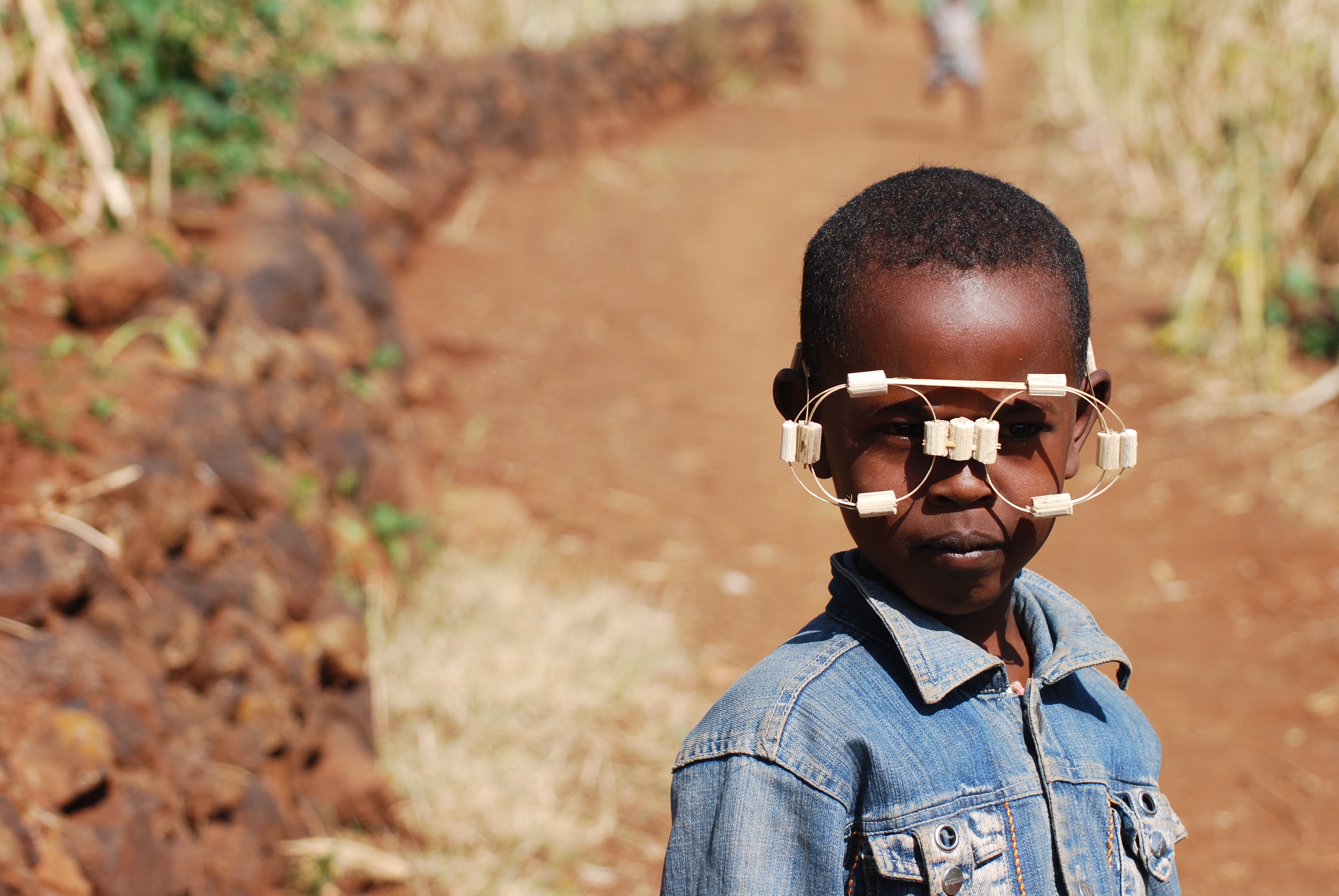 I got in touch with Heleanna Georgalis, the daughter of Yanni Georgalis fonder of Moplaco, one of the oldest coffee quality exporters in Addis.

Heleanna is an inspiration to me, the work of love she is putting into Moplaco is incredible.

After the death of Yanni Georgalis her dad in 2008 she took on the responsibility of running the company and continues to run it with the same love, passion and quality as her father. 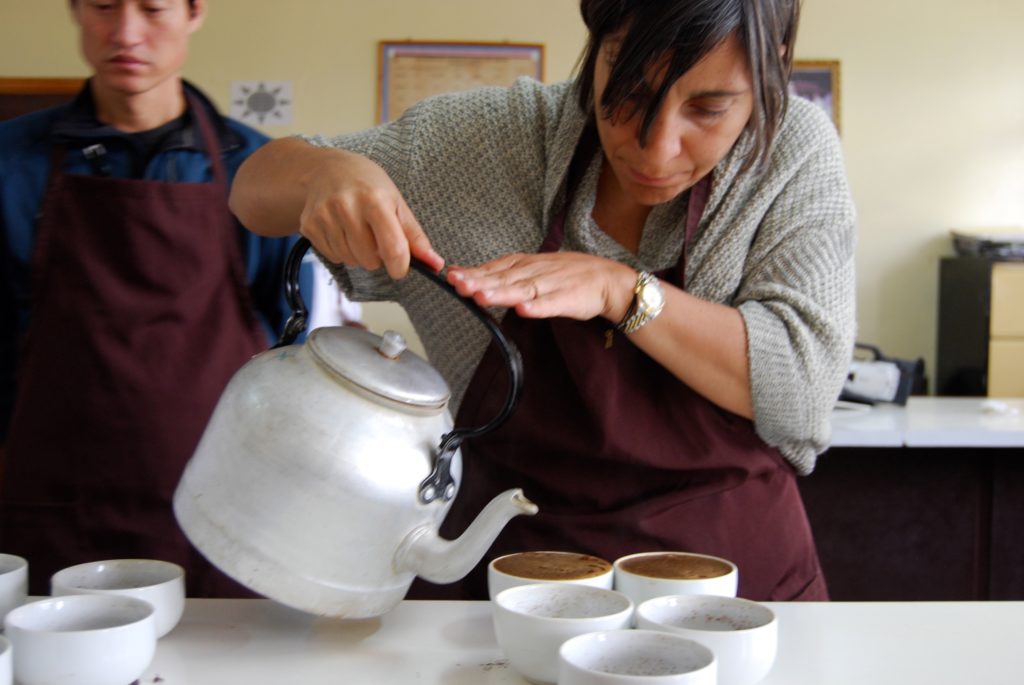 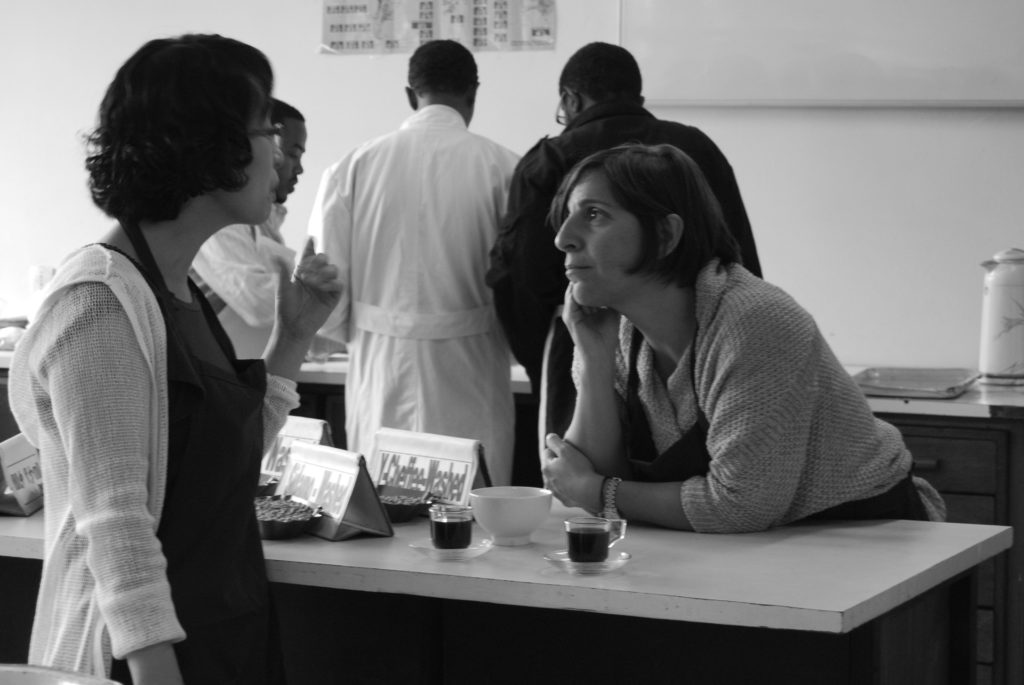 Ethiopia is the Birth place of coffee

Until today there are thousands of coffee varieties undiscovered, growing in their natural environment across the country. Climate, Soil and Shadow offer a unique and ideal climate for the coffee. Producing some of the most elegant and unusual coffees found anywhere in the world, from the blueberry mocha flavour of Harrar to the exceptional citrus and floral flavour of Yirgacheffe washed, Ethiopia has still a breadth of coffees to discover and unveil tothe world.

90% of Ethiopia’s coffee is produced by small farm holders.

45% of this production is what is known as garden coffee. A small land of no more than 0.1 hectare, where a house is hosted and the farmer plants bananas, false bananas, potatoes and other crops. The coffee is used as a cash crop. 45% is known as Semi forest. In fact most Coffee in Ethiopia is Semi Forest. Farmers own land just below the canopy of the Forest. They then thin and select the forest trees to ensure both adequate sunlight and proper shade for the coffee trees.

5% is Purely Wild Forest coffee. In the unique microclimates of Ethiopia, this coffee grows wildly, by the defecation of birds and animals. No one is allowed to plant in this Forest land. Farmers simply collect the coffee when the harvesting time arises.

5% is Government Plantation coffee. Most of this plantations are around Djimmah and Teppi area. In the latest years, small commercial farms of a minimum of 30 hectares have started to make their timid appearance.

My journey started with a visit at the ECX in Addis.

Since 2008 the Ethiopian Commodity Exchange ECX established a platform for the trade of coffee, wheat, maize and sesame. The ECX enabled a more efficient platform for trading commodities such as maize and sesame that were traded in an unregulated market. But unfortunately for coffee it has resulted in the loss of traceability and also the loss of the uniqueness of an appellation control that Ethiopia could have established.

Today around 75% of the Ethiopian coffees is sold throughout ECX.Then we went to the auctionsEthiopia auctions system is very different to any other auctions in other coffee growing countries. It provides an electronic platform for trading such as the one in NY where buyers and sellers auction their coffee and bid for it, among screaming and shouting.The touch of hands concludes the business. This platform provides a live update of all prices of coffee in NY as well as prices for Maize and Sesame that are trading during the day. The buyers unfortunately does not know what he/she is buying but has to rely on a grading that was given by ECX trained cuppers in the country side. The Sellers usually represent a group of Suppliers (Wet Station Owners or Dry Station Owners).My first visit was YirgacheffeeYirgacheffe lies as an “island of land” called GEDEO, in the middle of Sidamo at an altitude between 1790m and 2200m. It is recognised for it’s exceptional citrus and jasmine flavours found in its washed coffees.We visited Konga washing station that belongs to the Yirgacheffe Union and also a Private washing station. The views around us, the smells of the wet coffee and the sounds of the ladies singing as they were picking the defects seemed like a dream. So many beautiful smiles and so much energy here.

The next day we were on our way to SidamoWe visited a part of Sidamo called Yirgalem.

This part of Sidamo area is up to 6 hours by car from Addis around 340km and produces fine washed and exceptional unwashed coffees. Sidamo coffee has many varieties and many coffees in Ethiopia are classified as Sidamo Type: Borena, Guji, Kambata, South Omo, Sidamo, Arusi and parts of Bale… However every region is a unique environment that develops unique characteristics for coffee. In Dilla we visited the Djimmah research centre that carries on an extensive research on the varieties of coffee and the preservation of these varieties in the local areas. In this Centre, coffee plants are analysed for their strength, their branch spacing, their cup, their resistance to disease and then by a natural selection process the best plant is simply used to reproduce the next seedlings.Finally, last but not least we visited The Bale Mountains..The Bale Mountains are a range of mountains in the Oromia Region of Southeast of Ethiopia South of the Awas River. Famous for its National Park, Bale mountains is a natural habitat for coffee.

Coffee here grows wild! The cup profile of Bale is spicy, gingery in taste, of full body and full acidity.

A coffee little known, yet full of secrets to reveal if well processed.

Fully Sundried coffee, but till now unfortunately infested by earthy taste and mouldy beans due to the poor process. 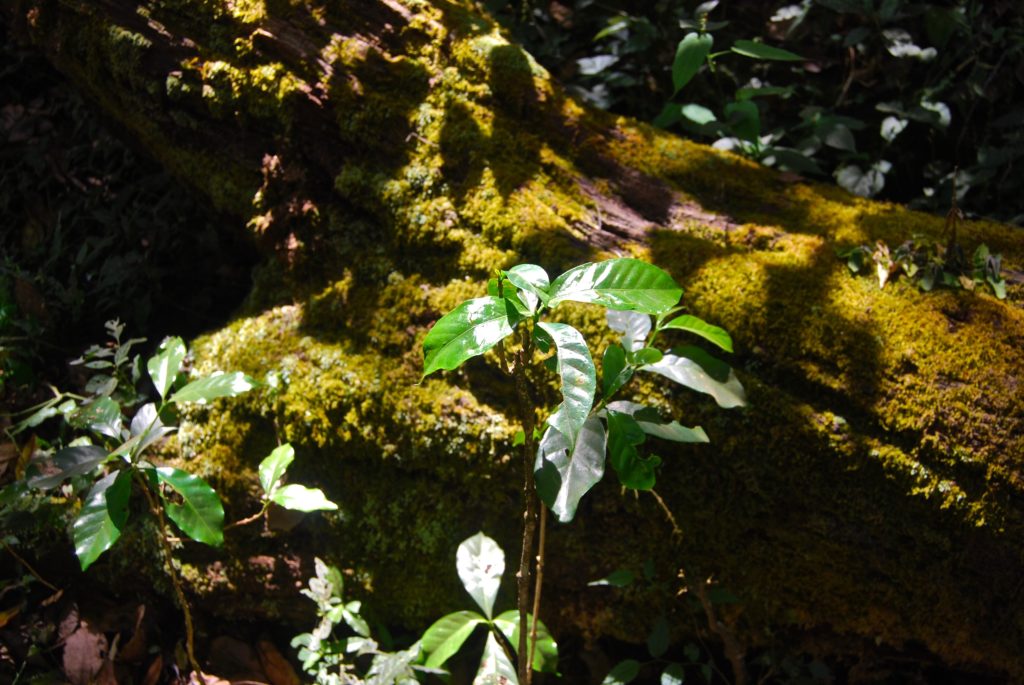 Back to Addis and Moplaco head office…There I carried on filming the journey of coffee with the grading and sorting of the beans before export. 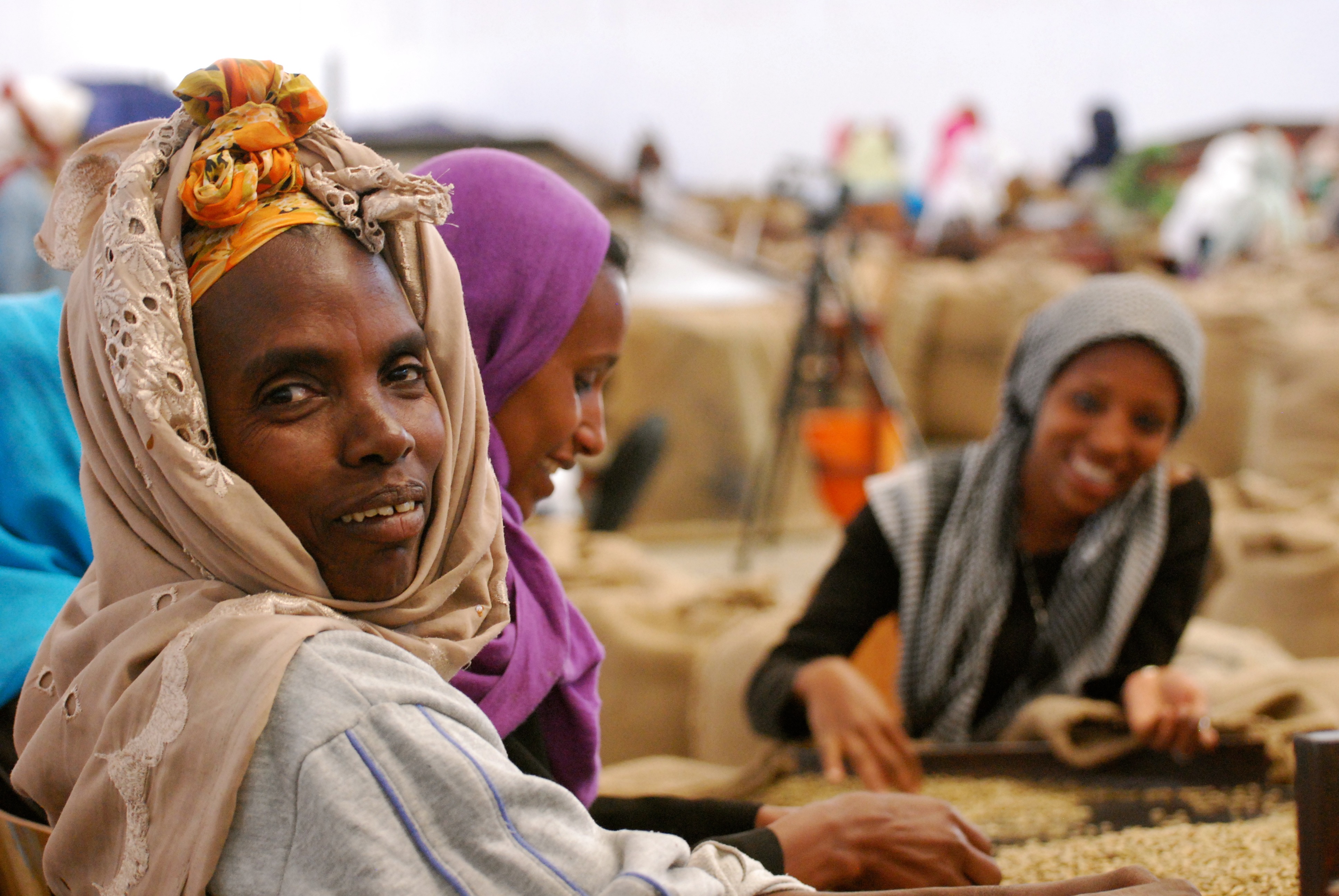 Finally I put my training skills to good use and with the team, I had a lot of fun fine tuning their barista techniques. 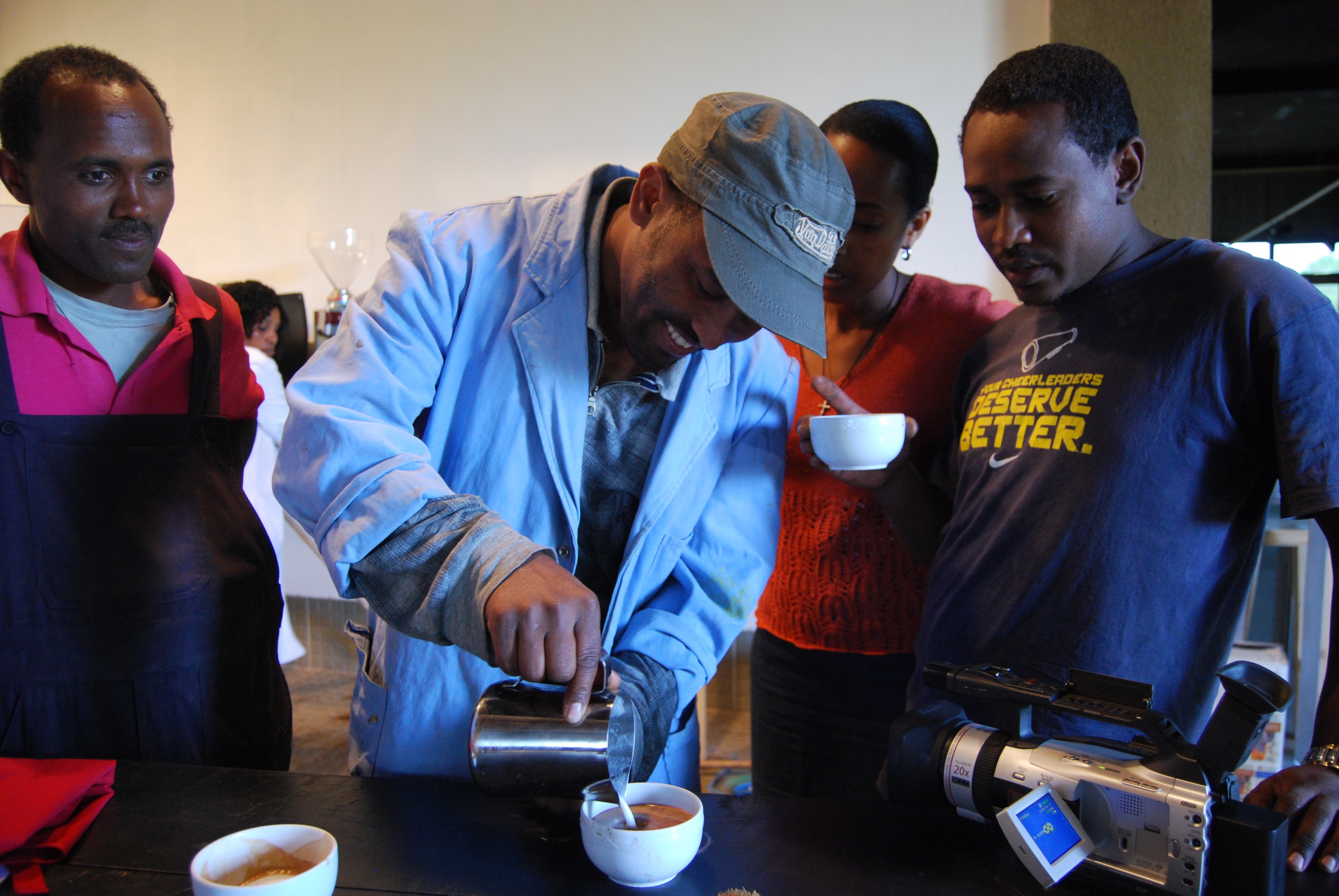 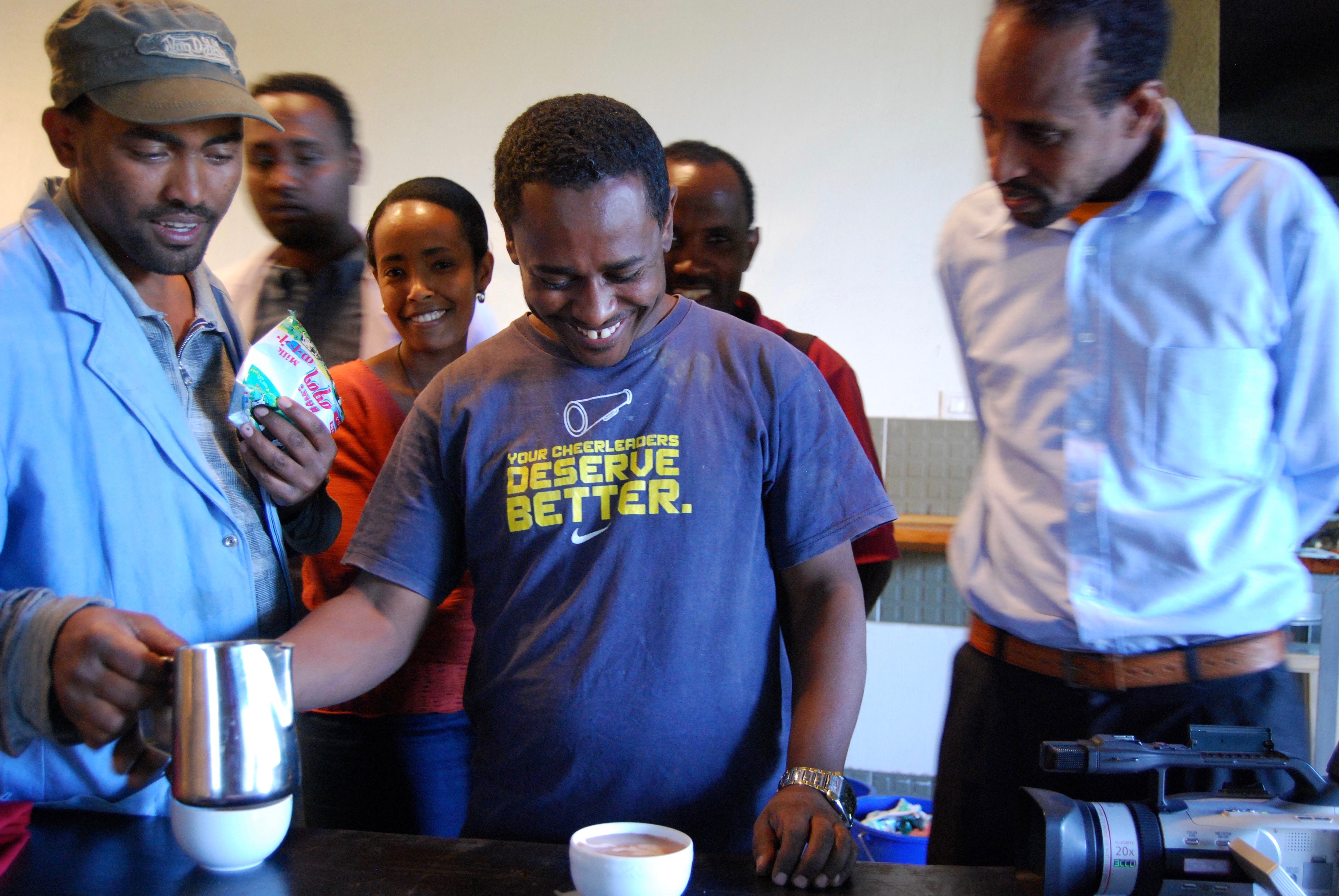 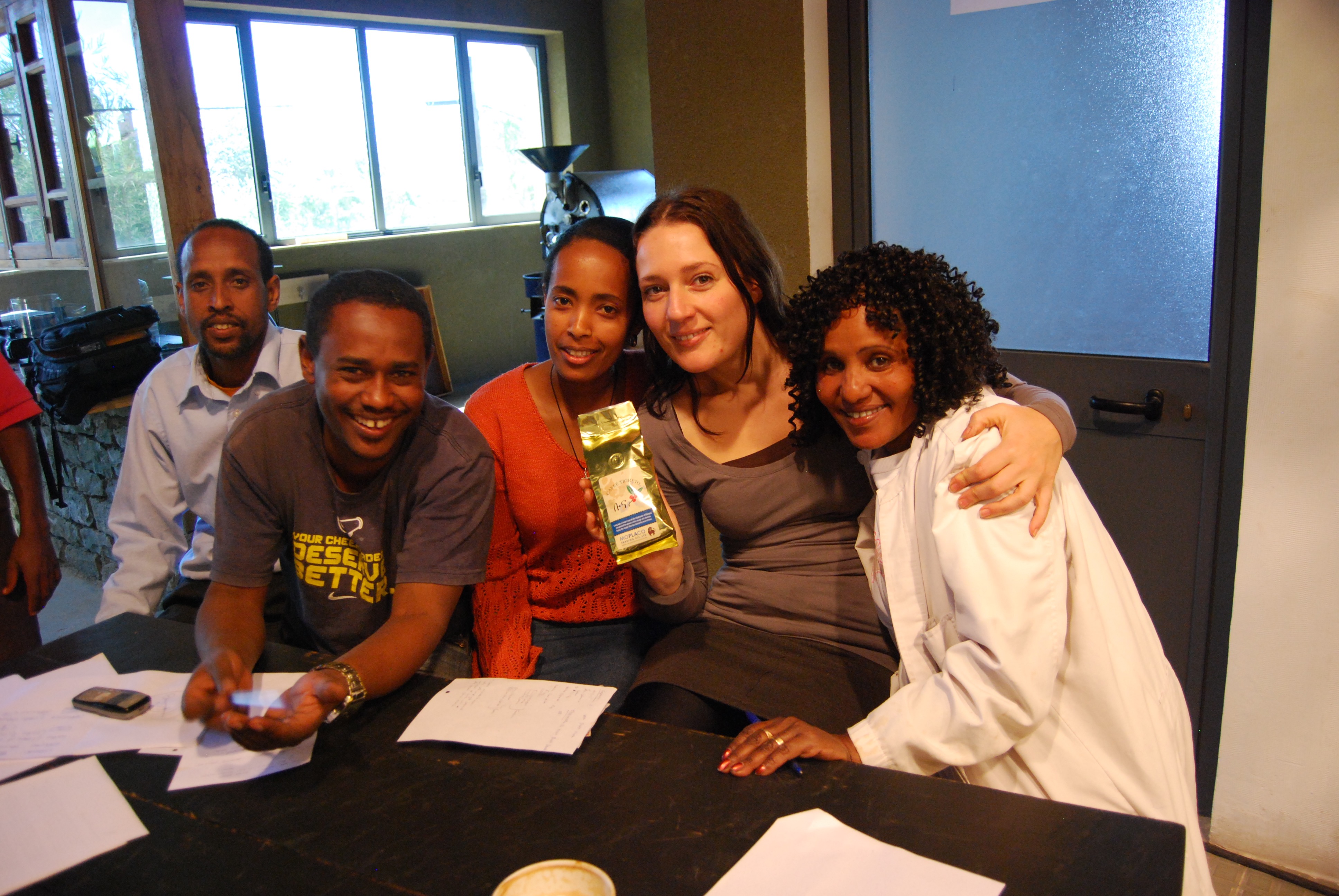 It was a real pleasure to be sharing information and knowledge with the team at Moplaco; they were so enthusiastic!

I have to say, we bonded. Sure I will be back.

I love Ethiopia, it is a stunning country!