Panamanian Specialty Coffee is recognised as one of the highest-quality coffee in the world, based on its features of unique flavor, fragrance, and consistency.

Panama, a small strip of land that unites North and South America, located 9 degrees north of the Equator and is home to the Panama Canal. The speciality coffee farms are located in the highlands of Chiriqui, a province in the West of Panama. Chiriqui is one of the most productive provinces in Panama because of its climate and fertile soil. Cattle activities, horse breeding, flower growing, trout fishing, banana plantations and the long-established production of vegetables and coffee take place in Chiriqui they call it “the breadbasket of Panama”. 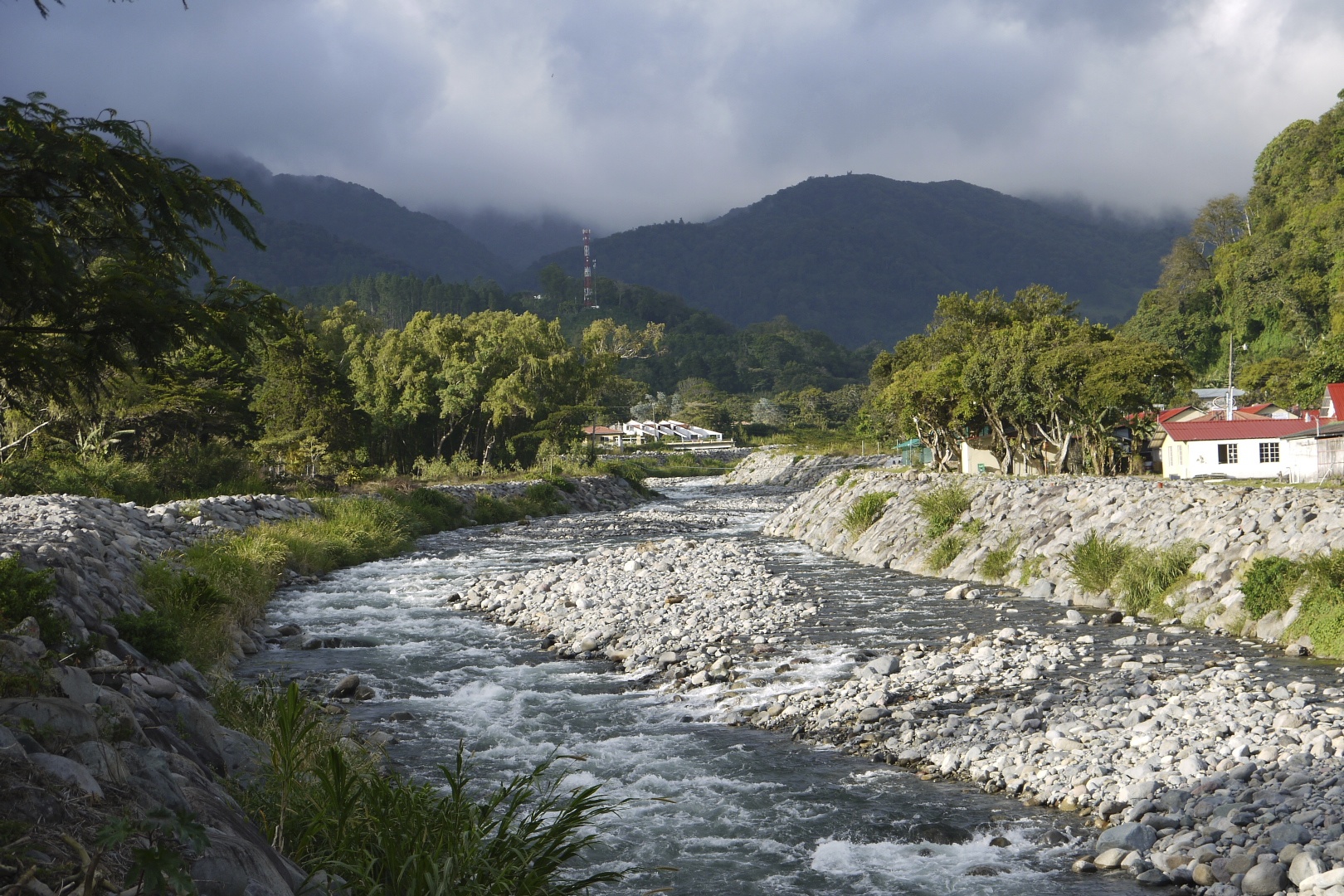 The highlands of Chiriqui are composed of two main coffee areas; Boquete and the Volcan-Candela.

The Baru is a dormant volcano located between the Boquete and Volcan-Candela areas.  At some 11,400 feet above sea level, the Baru is the highest point in Panama.The fertile conditions on the areas surrounding the Baru Volcano, regular rainfall and appropriate altitude are a key factor in the success of coffee production: The rich nutrients found in the volcanic soil, abundant moisture and cloud cover nourish the coffee plants producing high quality beans that develop a rich, deeper flavor. The mountain is also of high ecological importance. Surrounded by the cloud forest, hundreds of species of plants, birds (such as the Quetzal species), mammals and insects live here.

Such variables – combined with the way the cherries are processed after being picked – contribute to the quality of the final product. They have found that the combination of factors is so complex, that even from a single plantation, it is possible to find variation in quality and taste.

Due to these subtle variations, the farmers classify and number their production  by micro lots sharing unique characteristics and that are designed in small volumes for optimal logistics and tracing (something very important for buyers, who need to track the origin of the coffee as well as the process involved).

The first coffee plants arrived in Panama at the start of the 19th century. They were planted in coastal areas, but before long colonists brought them to the Boquete valley in the Western Highlands. The micro-climate of the valley turned out to be ideally suited to coffee.

Many varieties, imported from all corners of the world, found a new home in Panama during this period. Compared to other countries, however, further development lagged behind. There was little experimentation with cross-breeding to boost productivity and flavour did not show up as a selection criterium. This is an interesting fact to the specialty coffee market.

Panama lends itself particularly well to the discovery of distinctive varieties of coffee, for example the famous Panama Geisha (or Gesha) coffee. The seeds of this ‘stowaway’ were collected in a rather random fashion by a British consul in the Ethiopian region of Gesha in 1931.

Exactly what variety coffee it is remains a mystery and where this British ‘Indiana Jones’ found this Holy Grail of coffees isn’t clear either. There are, in fact, three different locations in Ethiopia bearing the name ‘Gesha’. Whatever the case may be, in 1963 the seeds reached Panama via Kenya and the coffee they produced grew into a major cult-coffee at the start of this century after it was ‘discovered’ on a Panama cupping table.

Comparing the Geisha with its regularly priced siblings – unwashed Yirgacheffes – from Ethiopia probably makes you shrug your shoulders over this expensive hype. But tasting this coffee on a tasting table with just coffees from Panama, it becomes quite understandable that cuppers lose themselves in lofty phrases like: “This is God in a Cup!” 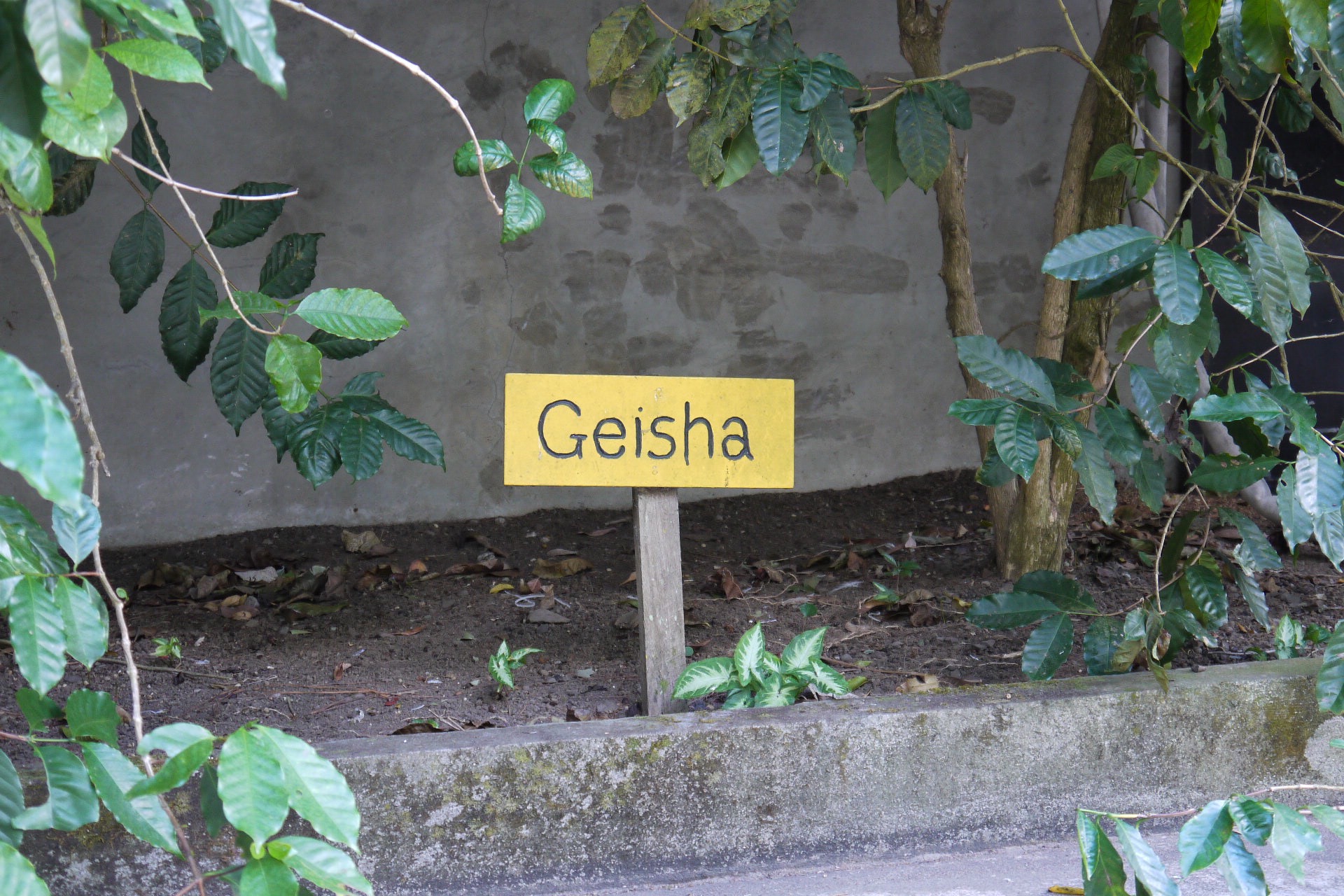 I started my visit with cafe Ruiz were I spent some time with the company owner Plinio Ruiz Jr.

Cafe Ruiz are a three generation coffee family, located in Boquete, Panama. Since the late 1800’s, they have been dedicated to the traditional coffee varieties and shade growing methods characteristic of excellent coffee flavor and wildlife preservation. What was once a single farm in Boquete, Panama is now a coffee crafting enterprise, they are also processing coffee for a number of local farms.

Plinio was really welcoming and answered all my questions, I visited one of Cafe Ruiz plantations and it’s processing station.

I highly recommend the coffee tour, really full of detailed informations and a great way to find out about the coffee culture in Panama.

We started with the coffee botanic, understanding the micro climate and the soil characteristics from the area. 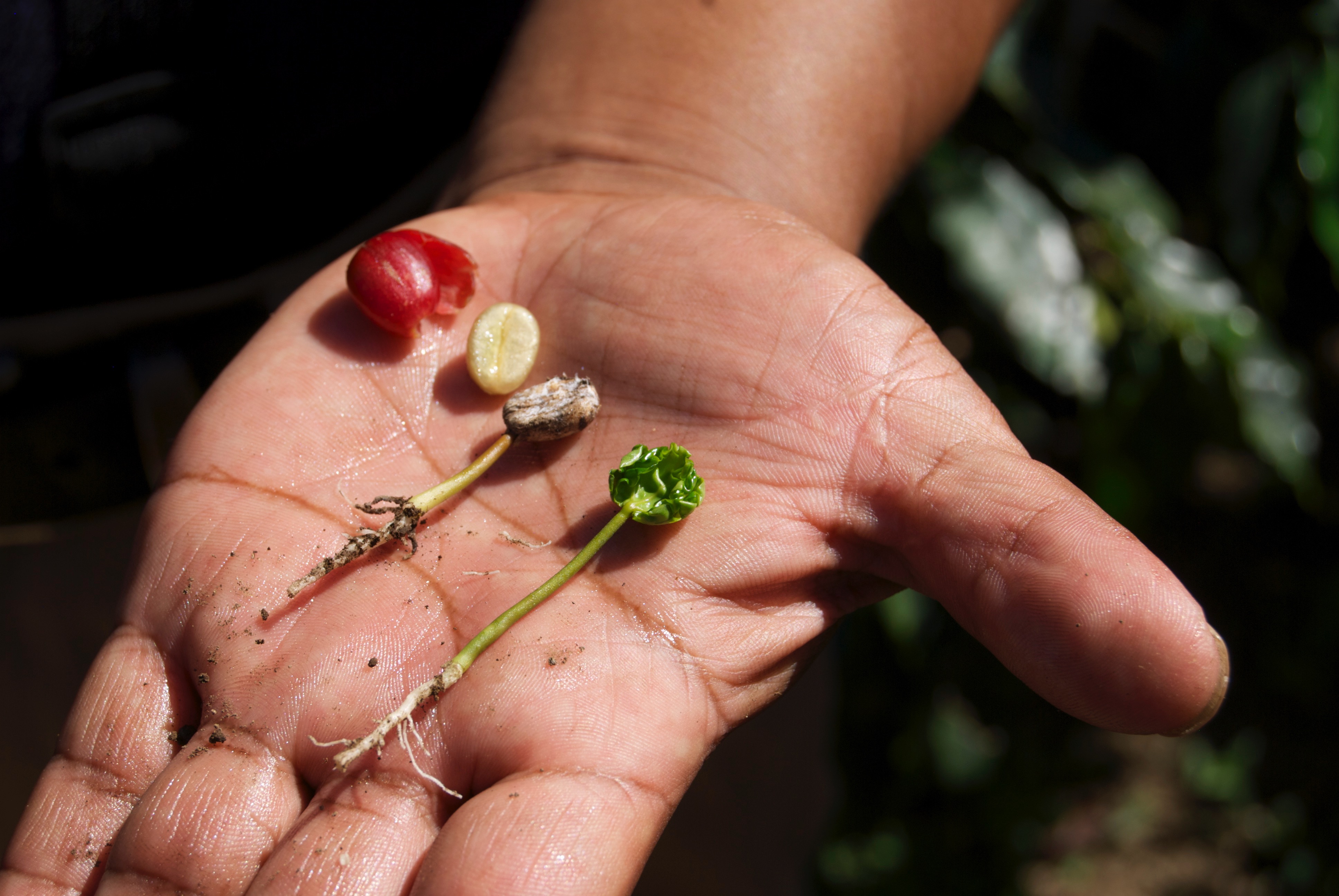 Then we look at the processing, sun dried and pulped natural coffees followed by a visit of the mill and a cupping session, with great coffees on the table of course! 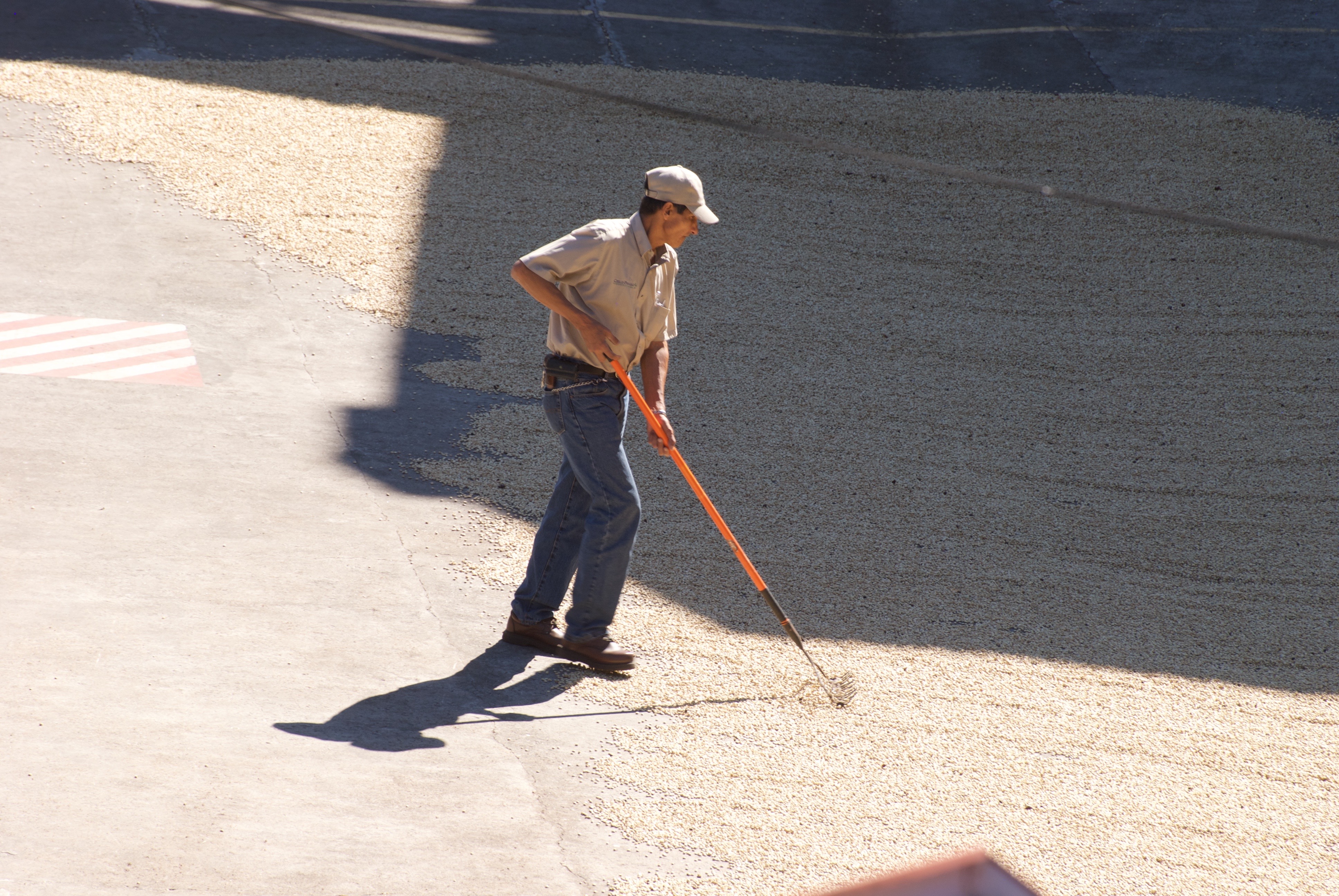 The Specialty Coffee Association of Panama (SCAP) in a non-profit organization created to promote Panama’s special coffee production in the world. The members share a passion for coffee and a strong commitment with the pursue of ultimate quality.

Their coffees have been ranked by experts as some of the best in the world in many international competitions, and their production is highly prized by the most demanding and discerning in the industry.

In 1996, during the crisis of low international prices of coffee and the beginning of Special Coffees category, a group of 7 coffee producers from the areas of Boquete and Volcan –Candela got together in order to get their coffee recognized.

Knowing that their Coffees were from excellent quality, that the coffee was the most important agricultural product of the Panamanian high lands, and that a growing high global demand was present, the Panamanian Association of Special Coffees of Panama (SCAP) was born.

Currently SCAP has 30 product members that export its varieties of Special Coffees around the world and that are winners of prizes and recognition in different international taste.

I carried on my visit driving an hour away from Boquete to the famous and well known Finca Helsmeralda.

I’ve always wanted to visit the finca, drinking Esmeralda coffee in the UK is a special treat. As I mentioned before many farms in Panama produces stunning coffees, also Finca Helsmeralda is know all over the world for winning 1st place cup of excellence for many years.

The farm employs about 35 peoples on a permanent basis, up to 300 during the coffee harvest. Including families, this means that over 1,000 people depend directly on the farm for sustenance. Farm direction has been in the hands of the Peterson family for the past 35 years and is now into its third generation. Hacienda La Esmeralda is the producer of world known Esmeralda Special.

Geisha coffee was discovered on this farm in 2004 and has won first place in fourteen international competitions for excellence since then.

This coffee is well known for it’s distinctive characteristics, including jasmine and tangerines in the aromatics and bergamot in the flavor. The brilliant citrusy
acidity and sweet prolonged aftertaste mark this one of the best coffees in the world. Once a year, the Esmeralda Special is auctioned to those coffee buyers who will settle for nothing but the best.

I just arrived on time to film the processing of the coffee! Freshly harvested coffee had just arrived to be weighed and washed.

Coffee and the Ngöbe-Buglé culture

Since its early days, the coffee industry in Panama has depended on the skilled hands of the Ngöbe-Buglé, native Panamanians who for decades have migrated from their homeland in the mountains of their “Comarca” to work in  the coffee farms located around the Baru Volcano.

The Ngöbe and Buglé are actually two separate linguistic/indigenous groups whose languages are mutually unintelligible. The larger group, the Ngöbe, speak Ngäbere, while the smaller group, the Buglé, speak Buglére; both are members of the Chibchan language family. Collectively, these two groups make up the largest indigenous population in Panama. The Ngöbe-Buglé live in their Comarca (Reservation) located to the Northeast of Chiriqui in a mountainous area that is still part of the Talamanca mountain range.

The labor from the natives Ngöbe-Buglé in the complete process is invaluable: From them coffee farm owners have learned the technique of harvesting that allows the correct selection of the mature cherry.  With the selection of the cherry, the Ngöbe-Buglé initiates the manual quality control that makes the coffee uniquely special.

In the farms, farmers respect their culture and ways of life, trying to improve their condition. Some members of SCAP have comprehensive social programs on the areas of health, nutrition, education and proper child care aimed at to offering a better quality of life for them and their families.

This year again was a really amazing trip with a lot of people to meet on the way and so much to learn.

Many thanks to Plinio Ruiz Jr for taking time to answer all my questions and share his passion and La Finca Esmeralda. 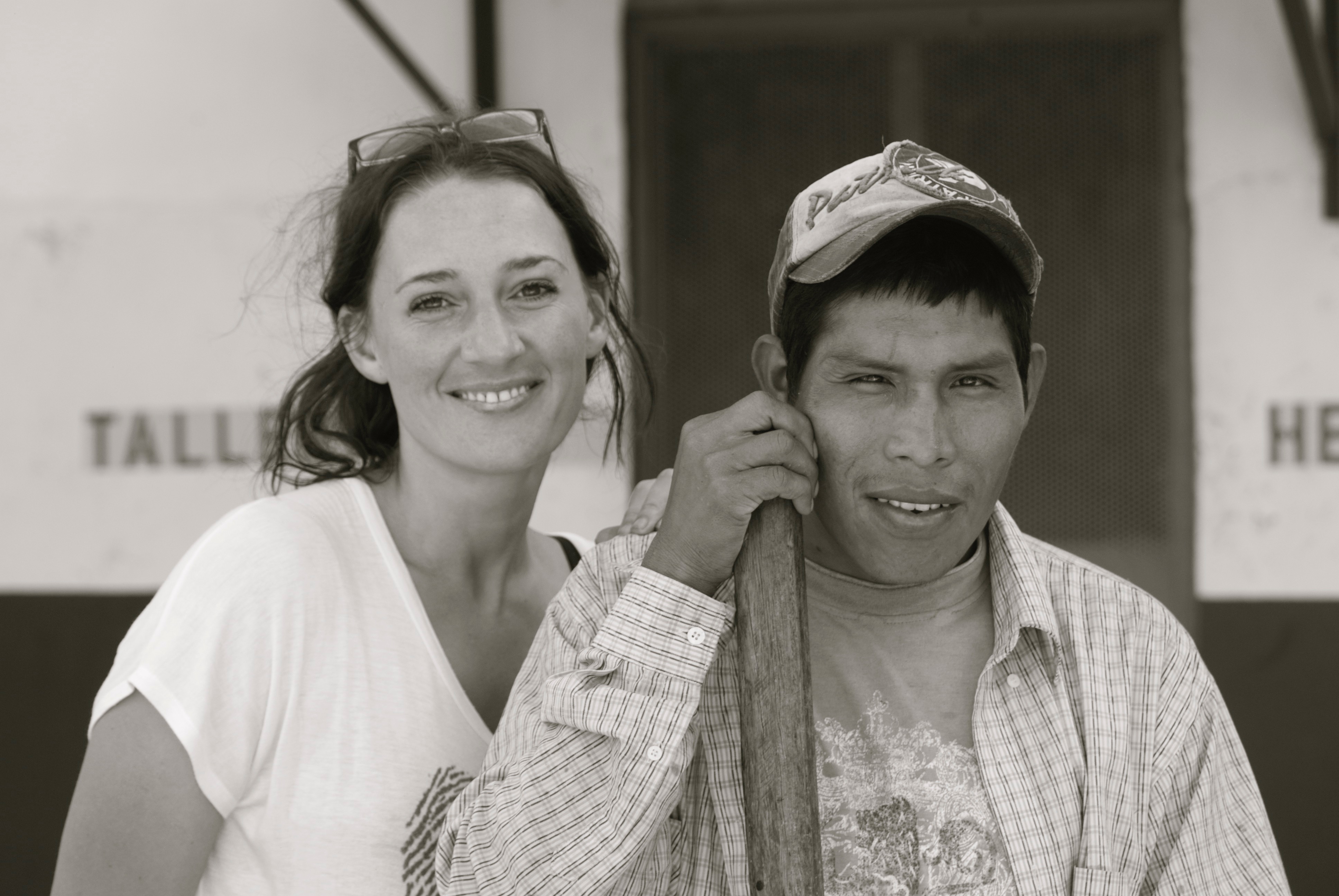